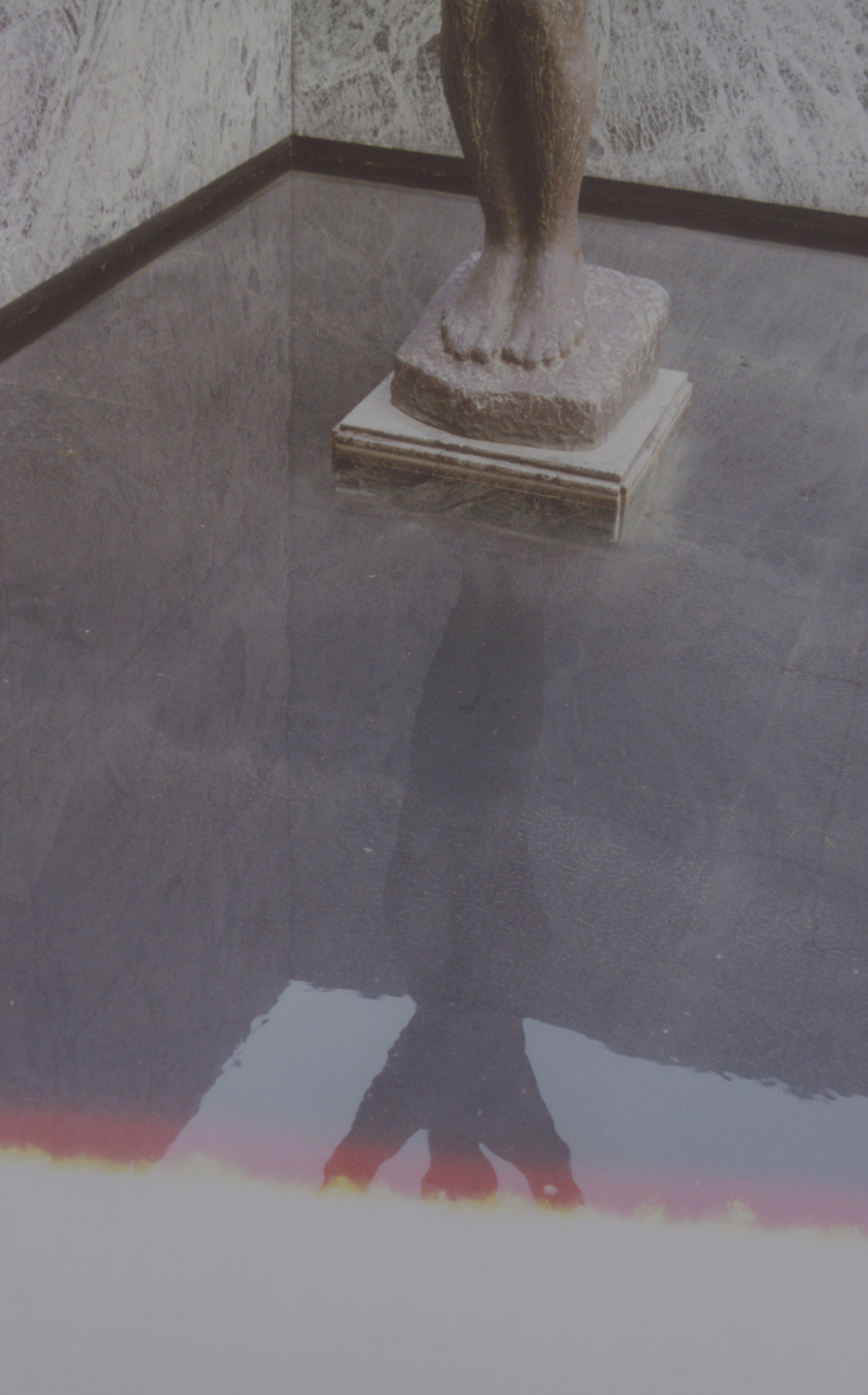 .IPart of a series shot at the reconstruction of Ludwig Mies van der Rohe's 1929 modernist German Pavilion in Barcelona.

Alba–Dawn–is the name of Georg Kolbe's sculpture that is part of the pavilion's exterior, chosen by the architect to offer a stark juxtaposition between shape and material.

When shooting on film and reaching the final negative, there's a chance that half of it is exposed to light as soon as the roll is taken out of the camera.

As I believe that selecting the medium you work with—with all its quirks and limitations—should be a conscious decision, I did not crop out the half of the exposed negative during post-editing.